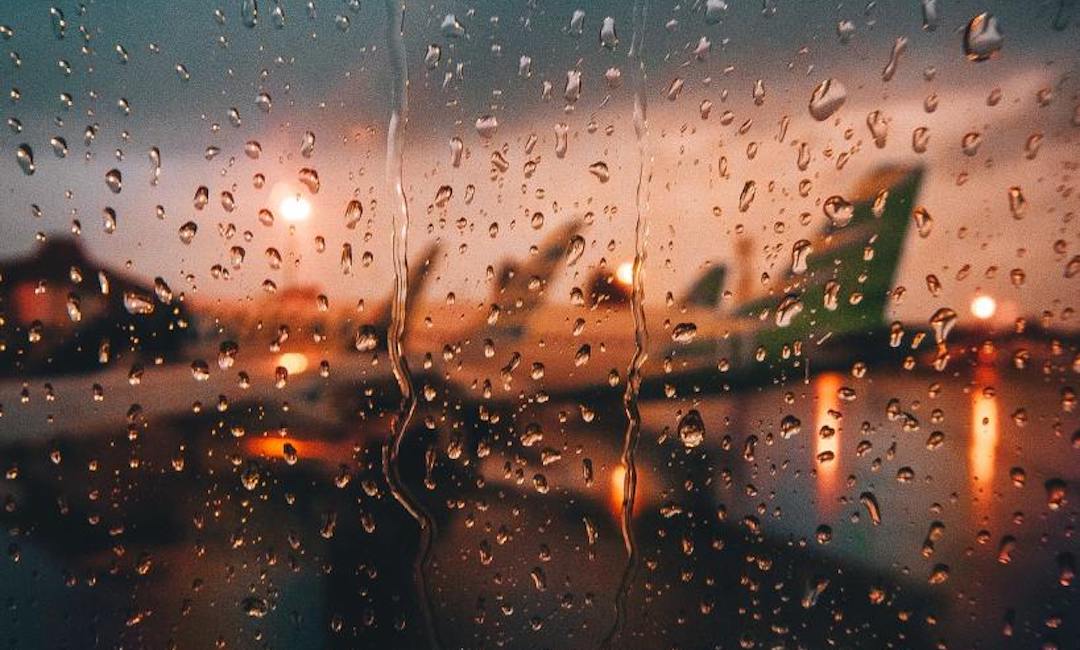 February 26th, 2019 – that was the day I left Munich for a two week vacation in Morocco.

I had been looking forward to the trip for months. Excited but mainly grateful about the recently received freedom which allowed me to get on an airplane. By freedom I mean the specific kind of freedom that most of us know to be embodied in a thin, rectangular, hardcover booklet: the passport.

When deciding to fly to Morocco I assumed that owning this booklet meant that I now have the same rights as anybody else with a passport. Obviously, a very naive belief. I was wrong and about to learn the hard way.

In order to understand why my travel turned out the way it did, it is crucial to understand the following: Stateless people are not entitled to own a passport. The law is simple: no nationality, no passport.

So, while I spent years convinced that my booklet is a passport, it in fact is a so-called travel document. Not a passport, but a substitute created for non-citizens, who at some point obtain the right to travel. It is indeed the closest a stateless person can get to freedom of movement and therefore a privilege which I received at the age of 18.

Stateless people are not entitled to own a passport.
The law is simple: no nationality, no passport.

Growing up, me and my family were never allowed to leave the country. Suddenly being able to travel outside Germany came with a lot of anxiety for me and made it hard to actually enjoy the privilege.

As a stateless person there is a strong awareness about the reality that everything you have ever received from state authorities can always be taken from you – at any time and by any person of power.

Hence, the fact that we had to fight so hard for our travel documents left me feeling that I shouldn’t exhaust my luck.

The experience I made when flying to Morocco confirmed my fears.

This is the conversation that took place at the counter of the passport control in Morocco:

Airport guard: “Where were you born?”

Airport guard: “But you’re not German?”

Me: *smiling, trying to prove that being stateless doesn’t make me a criminal*

Airport guard: *looking back and forth between me and my non-passport*

“Where is your visa?”

Me: “I don’t have one, I should be able to travel without.”

Deep down I knew that there was no proof for that. Prior to the trip I had spent several weeks trying to find out about any potential restrictions stopping stateless people from entering Morocco.

First, I googled – a lot. As usual the internet couldn’t provide any valuable information for stateless people.
Next, I reached out to the Moroccon embassy. My contact person didn’t even know the term statelessness. Not a surprise, but also not helpful. After that I got in contact with the Munich foreigners office which had issued my non-passport in the first place. They never returned my calls and haven’t replied to my mail. Not to this day.

All of this led me back to the internet and the Morrocan tourist website. I studied the list of countries and nationalities which were allowed to enter the country without a visa. Germany was one of them.

At that time, it seemed reasonable to me to compare my non-passport with the German passport.

I guess, the fact that I had never lived anywhere else led me to believe that the travel privileges for Germans account for me as well.

Ridiculous, considering that the German passport is one of the most powerful ones worldwide.

That being said, I simply decided to travel without a visa because I couldn’t find any information that I needed one.

Airport guard: “You need a visa.”

Me: *thinking of something to say unsuccessfully*

Airport guard: *leaves his desk with my non-passport and non-visa in his hands*

In the meantime, the queue behind me had grown in length. Without turning my head I could feel the impatience and anger of the people waiting for my case to be dealt with so that they could finally start enjoying Morocco.

Several minutes passed by while more and more colleagues were gathering around the guard who was still presenting my documents.

Suddenly two of them turned their backs towards the group and walked straight up to me.

The new guard: “Please come with us.”

I followed them into what seemed to be the office of their boss. He pointed towards the chair in front of him, signaling that I could take a seat.

The boss: “You can’t enter the country without a visa.”

Me: “But I reached out to the embassy. Nobody told me that I needed a visa.
I was born in Germany. Germans are allowed to travel to Morocco without.”

The boss: “That’s right, but you’re not German.”

He was right and I knew there was no point in arguing. He had the power to decide, I didn’t. I never did.

The boss: “You will have to take the next flight to Germany. There is one leaving tomorrow at 4pm to Düsseldorf.”

Me: “‘m from Munich, not Düsseldorf.”

The boss: “There won’t be a flight to Munich in the next couple of days. We already booked your seat.”

I don’t remember too many details about what happened after that conversation. My memory of the situation is as blurry as my sight was.

I can’t recall any other situation in which I cried as much as I did in the following hours.

As there was no plane returning to Germany on the same day, I was forced to spend the following 20 hours in the waiting area of the airport gate. I sat there and cried my heart out. The disappointment, shame and heartbreak seemed unbearable.

Looking back I now realize that this was the first time I had ever allowed myself to acknowledge the frustration and pain statelessness had been causing.

Being brought up by migrant parents, one of the things I learned early on was the importance of being grateful. So, I practiced gratitude, day in day out.

I didn’t practice how to be grateful for what you have while allowing yourself to be angry about what is being taken from you.
I never complained, barely ever mentioned statelessness to people in my surrounding. I never dared to ask for more. And to be honest, I guess I was unconsciously believing that by being grateful and modest instead of angry, I would one day have proven to be worthy enough. It’s sad, but it’s true. The experience of having to sleep on the cold metal bench of an airport gate because I donâ€™t have a nationality made me aware of my misguided modesty.

I returned to Düsseldorf the next day and took a bus back to Munich.

Less than 48 hours after leaving for my long awaited holiday, I was back at home, trying to recover from the shock of what had just happened.

A few weeks passed until I decided to turn the frustration into action.

I was committed to find out as much as possible about statelessness, making sure that this could never happen again. While I was trying to find one single source of truth, I instead found several NGOs advocating for the rights of stateless people, researchers sharing knowledge about the issue and people who were affected by statelessness sharing similar experiences.
All of these encounters led me to understand the following:
While it is true that I have never belonged to any country, it doesn’t mean that I didn’t belong at all.
Unknowingly, I have always been part of a community which simply has been invisible so far: a community made up of people who know the experience of not having a nationality and have been surviving the mental and physical burden of feeling excluded. Stateless people.

With Statefree we have decided to make this community visible and provide a space in which we all can meet.
We decided to invite those who are affected by statelessness, those who are working to end it and everyone else who wants to become part of the change.
It’s often said that the worst things that happen to us can sometimes put us on the path of the best things that will ever happen. I certainly hope that the Morocco experience will end up being one of the things which helped to shape the path towards the vision of community for and with stateless people.

This site uses Akismet to reduce spam. Learn how your comment data is processed.

Dear Christiana.
Thank you for forming this platform and thank you for writing down and sharing your
clear experience, when you were trying to travel out.
yes, there are “FlÃ¼chtlingsrÃ¤te” and other activists with passports who are aware of fellows without passport and who are trying to change the laws and politics into safe papers / passports for All*’.
Many people are not aware of this reality and people in institutions just “follow the rules”. so we have do do some work here, but i know, we will make it happen! for me it is unbearable, that there are people among us living in daily fear.
we will close this gap!
elections are coming up. those who have the right to vote should open their eyes about this issue, if at all and how the different political parties include this topic.
warmest regards and all the best for you and your beloved ones, Christiana.
women- and humanrights-active
marita blessing

Dear Marita,
Many thanks for your kind and appreciative words!
I agree with your point. We hope that those who recognize themselves as allies will be able to increase their awareness and consider these topics when making their political choices.
Thanks so much for your comment, we’re very much looking forward to continuing and deepening discussions like this in the forum as soon as it’s launched :)!
All the best,
Christiana